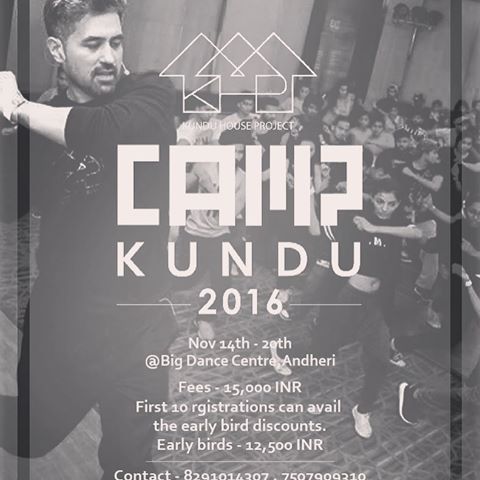 Born in France, Prosenjit shares both Indian and French DNA. He shifted to The United States with his parents when he was 10. At the age of 15, he discovered the art of hip hop dancing for the first time. The flow and energy of the dance made him fall in love with house dance. He pursued Bachelors of Fine Arts Degree in Dance and Choreography when he was 18 from Virginia Commonwealth University (VCU) in Richmond and got his training dance forms like Jazz, Ballet, African, Tap, and Modern. Over the period, over the period he became an elegant dancer. He also learned Breakdance, hip-hop, Locking, popping and house in the same time. He has been dancing professionally since 1998. He flew to India in 2003 after working as a professional dancer in Manhattan.  When he came to India, he gave workshops in House, Hip-Hop, B-girling/B-boying for a week but one week’s workshop wasn’t enough for him. He went back but came to India again in 2005, with a vision to create a Street Dance Movement in India. He choreographed for many college dance teams and took it as a chance to expose students to the Street Dance. And this kick started his unending voyage in the world of street dancing.

During the initial days, he taught dance for free on a rented studio in Bandra and named it Tommy’s. He got his first break on TV in a dance show named Footloose. He used the platform to spread Street Styles in India. That show was not a huge success but he got many offers for teaching dance. He visited places like Manipur, Imphal, Madhya Pradesh, Mehsana, Mehsana. This was definitely a key point for Street Dance in India. Prosenjit initially had to pay from his pocket to set up a place to teach dance. He eventually ran out of money but that couldn’t shake his determination. He visited back home and then Cananda to do workshops and earn some money and come up with a better plan. He started his own revolutionary project ‘Kundu House Project’. His students started earning fame from across the globe by participating in various dance competitions and winning hearts with their dance skills.  Be it ‘Dance@Live’ in Taiwan or India’s Got Talent, Prosenjit’s students have earned fame for themselves and for their Guru.