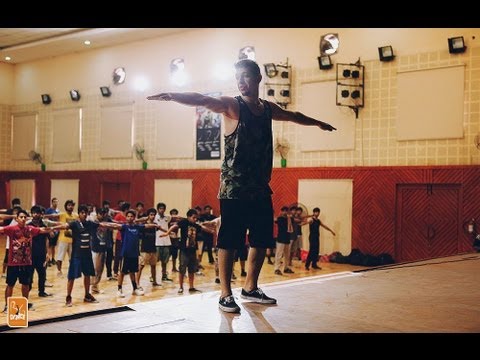 Born on 30 November 1988 in Tomball, Texas, United States. Unlike many other, he was not into dancing since the age of 14. One day he just fell in love with hip-hop dance and popping. The tough moves surprised him and inspired him to be a dancer. He enjoyed the creativity of the dance form. So, he began dancing when he was 15 years old. At the age 16, he found the Marvellous Motion Studio in Houston. He got his nickname Pacman because of the initial P. A. C. in his names. Both his parents were also sort of into dancing. For example, his mother was professional Croatian folk dancer during her young age and his father also knew a few traditional Lebanese dances and also some martial arts. When Phillip shared his interest in becoming a professional dancer, his parents supported him completely. Phillip has done engineering in his college days. Dancing became his passion since he started it initially. Whenever he felt stressed, dance was his only way to get out of the stress and feel free. Talking about his professional life, he appeared as a contestant in famous TV show So You Think You Can Dance in seasons 3, 4, and 5. Later, he became a choreographer of the show SYTYCD in season 11. He danced with many famous personalities during the show like Robert Muraine. He was partnered with Jeanine Mason (a contemporary dancer) who turned out to be the winner. He also was the leader and creative director of dance crew named, I.aM.mE Crew. His crew won season 6 of America’s Best Dance Crew.

He appeared in various videos of the Microsoft Surface commercial as well as the safety video for Virgin Airlines. He could be also seen as a dancer in famous dance-based movie series: Step Up Revolution (2012) and Step Up All In (2014) and also Jem and the Holograms(2015). He also appeared in a music video for his fellow dancer Alyson Stoner’s music video “Miles” in 2017. He was also featured in the music videos “Don’t” by Ed Sheeran and “Shake it Off” by Taylor Swift.

He believes that if a person has passion and creativity, anything can be done and nothing is impossible. He also believes that only hard work brings success to a person and that it’s in the hands of individuals to bring changes in life by availing the opportunities. One just needs to pour out the blood, tears and sweat into every nick of time so that there is never a place left for “what if”.