Company Overview About Profile Our Work

Big Dance Entertainment Company is a one stop shop for all the event management companies. A breakthrough in the performing arts industry. We consider ourselves as a one stop shop for all event management companies where they can be sure to find the best people in the fields of entertainment and performance arts. See our Show reel or download our profile Big Dance Centre, since its foundation till date has advanced on the road of eminent success with actualization of multitude of rewards to its incessant endeavors.

With an addition of the new branch in Green Park, bracing an opposite quarter of the city, Big Dance Centre is going beyond the dreams ever dreamt of.

The founder directors of Big Dance Centre, Mr. Atul Jindal and Mr. Karan Kumar graduated from Broadway Dance Centre, New York, both of them are formally trained under the supervised guidance of dancing legends. Learn more about different dance styles

To add to the achievements, team Big Dance Centre is currently delving into theatre with "7 Days to Wonderland"- the biggest Indian musical to be showcased in and around India in 2014, in association with Humour Me.

The association and experience with Remo D' Souza's first ever Indian Dance movie- Any Body Can Dance (ABCD) where apart from being an integral help in choreography, the Big Dance team can be seen sharing the silver screen with legends like Prabhudeva and more. Other projects with the industry nationally and internationally may include the choreography direction for an upcoming Hollywood venture 'Basmati Blues', Allen Solly's "Friday Dressing" commercial etc.

Leaving no stone unturned, Big Dance has also been conquering the national television in recent times with Karan Kumar (Director, BDC) as one of the finalists in India's Biggest Dance Reality show - Dance India Dance Doubles in 2011, while Atul Jindal (Director, BDC) was the assistant choreographer for the same. Delhi's heartthrob MJ 5 winning the dance reality show India's Dancing Superstars, 2013, have placed another star on Big Dance's shoulder.

Apart from the fame and acclamations, Big Dance Centre's prime concern however, remains the awareness of dance education as a disciple and taking it up professionally, Big Dance comes up with a "Professional Dance Study Programme" (PDSP) - a three month course that transforms the dancer into a performer, with much looked up to participation of international faculty from varied dance genres.

Concluding PDSP follows an event where Big Dance takes its students from the realm of the studio to the stage, transforming them completely into polished artists. This program gives an outlet to all students to be able to showcase their intensive training through the means of expression in front of a live audience. Student Showcase sets the pertinent marker of Big Dance Centre.

Our mission is to develop outstanding and charismatic Dancers, Choreographers and Instructors under the right guidance of the best teachers in their respective fields of arts who also contribute to the wellbeing of art, culture & society.

No matter what the level of experience students have, each member of the big dance family plays an important role in pursuit of this mission. 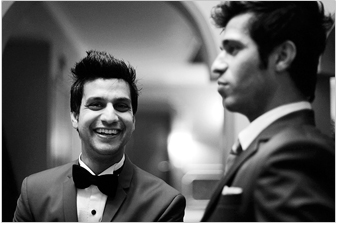 Assistance in Choreography for Hollywood movies

7 Days to Wonderland - the biggest Indian musical to be showcased in and around India in 2014, in association with Humour Me. This portrays the sad picture of the misfortune that has been brought to the animals on account of furious treatment and killing them for sheer extravagance of the human beings. Species that were contemporaries an age ago are now losing on the compassion for each other. This scenario hurts when realized but remains uncared for.

This dynamic piece reflects upon the fact that in recent time we have started depending upon manmade technology and neglecting Mother Nature. It deals with the newly realized question - is being so connected to the confining holds of technology more important, than the nature which surrounds us with a nurturing openness and freedom.

This piece is about the journey of transformation of an artist from realizing a dream to achieving it and attaining the ultimate glory. It depicts the typical traits of an artist such as truth, faith, love, care, passion, determination and sacrifice, which come together to sculpt a human being into an artist giving him the vision required to create a master piece.